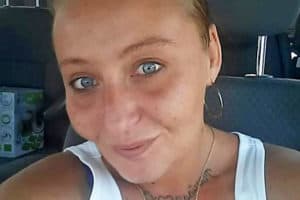 When Corey Smith was about 15, she ran into some behavioral trouble that led her through a series of residential treatment programs in her journey to find the help she needed. She’d been kicked out of four schools, and had difficulty following rules across the board. A large part of the problem, she’d soon learn, was rooted in a combination of underlying mental health conditions.

As Corey experienced a few different secure residential treatment programs that were available at the time, the program she found herself in at CHD was ultimately the one that helped her change the course of her path for the better—a path she’s continued to follow 15 years later.

“Out of all the group homes I was in, CHD’s was the most attentive. They didn’t just focus on my behavior; I had mental health issues and they were very attentive to those as well,” Corey said. “I have to say they helped me a lot. It opened doors for me and helped my family realize I wasn’t just acting out. They realized there was a deep-rooted problem.”

Corey said that one of the issues that led her to CHD was her parents’ inability to control her behavior. They didn’t yet understand how Corey’s mental health affected her poor choices. The success Corey found in the program was not just in treating her own needs but also helping her family as a whole.

“I was a very entitled young lady when I came into the program. I needed to learn rules. It taught me little important things like having a routine and a schedule, making the bed, taking a shower every day, and how important that is to someone who may have behavioral or mental health issues. They really focused on ensuring my meds were stable and taken care of,” Corey said.

The lessons Corey learned from the program have become lifelong foundations for how she lives, and how she helps raise her two daughters and her stepdaughter. She remembers them all clearly, especially one occurrence that Corey recalls as a turning point in her journey: an instance when another individual in the program rose to strike a physical altercation with Corey. At the height of the situation, Corey remembers stopping herself before swinging, and instead putting her hands up in surrender.  She remembers it vividly as the first time she was able to control herself.

“I was a person who was very quick to use my hands and not my words—that’s why I was there. I needed to learn that wasn’t okay,” Corey said. “For the first time I was able to control myself. That was the first time I ever walked away from a fight. The program did that for me. It changed me for the better.”

The program also helped Corey learn that in order to get better she had to realize she needed help and also learn how to ask for it. Equally as important, she learned that there are people and places in the world, like those at CHD, whose mission is to offer that type of help.

“If you fight it, it’s just going to fight you,” Corey affirms. “To take it on, you really need to surrender to help and accept it.”